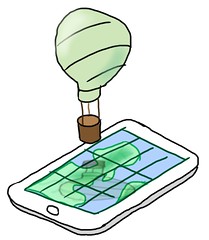 A blog post that was incubating here just hatched over on Development Seed’s blog. It’s about easey, a library that adds easing transitions to Modest Maps. The cool part architecturally is that this isn’t in Modest Maps core - new version of Modest Maps with my please-merge-it-soon transforms-refactor branch use CSS transitions, getAnimationFrame, and great quantities of hope to make this kind of stuff super fast and smooth. That said, there’s lots of work to be done.

I’m afraid to talk too much about D&D, a drag and drop library that I’ve been working on, since that’ll have people using it and scary, scary bug reports will result. Regardless, the stunning observation is that drag and drop is not a solved problem.

There’s the so-called HTML5 drag and drop api. So-called in that it’s one of the new Javascript APIs which was originated by Internet Explorer and adopted by gullible good browsers, and then ushered into the HTML5 trend by the W3C. Needless to say, quirksmode hates on it. And that would be fine by me, but it’s unsupported on the iPad, and thus no dice for the application I’ve been working on. And then there’s jQuery’s drag and drop, which works well for desktop, but no good on mobile anything, and then jQuery mobile, which doesn’t provide drag and drop, and then Sencha touch, which has a licensing scheme and marketing scheme that manufactures its own FUD. Quick hint for open source projects: providing a link to a tar.gz or a zip when you actually have a GitHub repository where everything lives engenders distrust and confusion amongst your would-be users.

So, D&D is a still-buggy project that tries valiantly to support everything from Internet Explorer 7 to ‘good browsers’ to the iPad and eventually Android devices. In doing so it has extracted many, many Tom-tears. Since the project I’m working on mainly just needs sorting of lists and drag & drop between them, it has gone towards stability in that direction - though it will be a generalized drag and drop library too. Big props to the webkit_draggable project on which it is based.

Though I’ll mainly just point to my friend Sarah Ruth over at Più vino who has far better blogging skills, my trusty old camera’s last jaunt was a peculiar party in my friends gave toasts on their choice of subject matter. 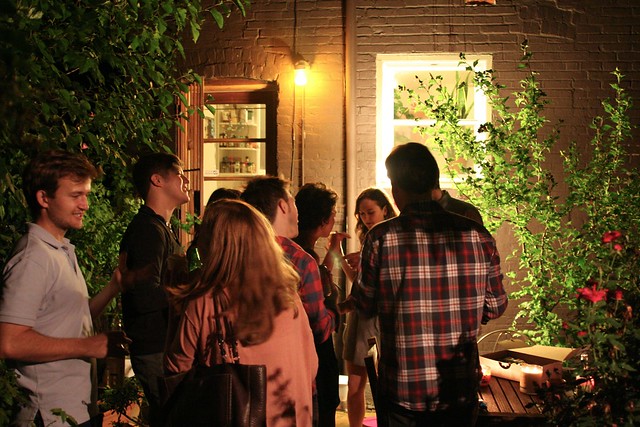 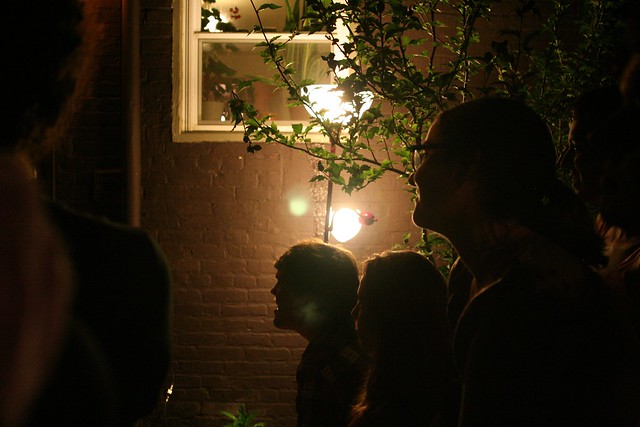 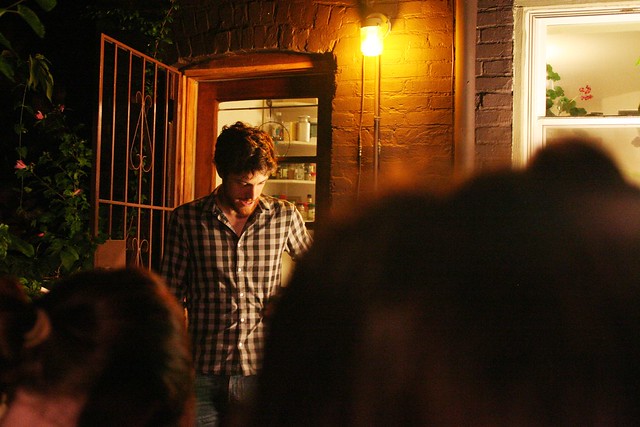