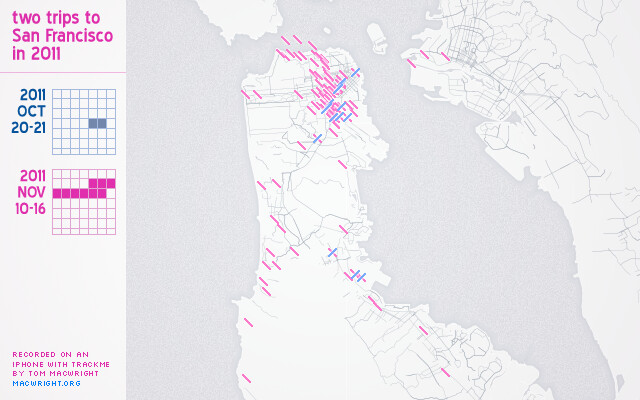 This time I got to explore a lot more of San Francisco, thanks to my friends Tom and Jesse. And, of course, there’s a little bit of internet evidence of this fact: I use TrackMe to re-add something like the iPhone tracking bug Alisdair discovered to my phone. It’s pretty far from real GPS tracks, but neat for an overview of locations, and it’s pretty easy to GPX-export and ogr2ogr into something usable by TileMill.

Plus, it was an excuse to try out HighRoad, Michal Migurski’s awe-inspiring SQL hack to make logical, zoom-based, organized roads from osm2pgsql data. It was quick to set up and made my whole PostGIS-using experience so much more pleasant. 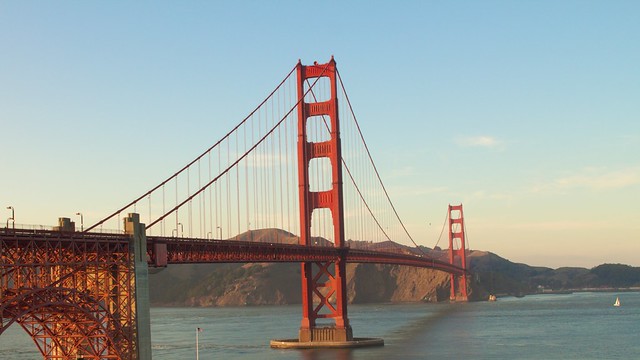 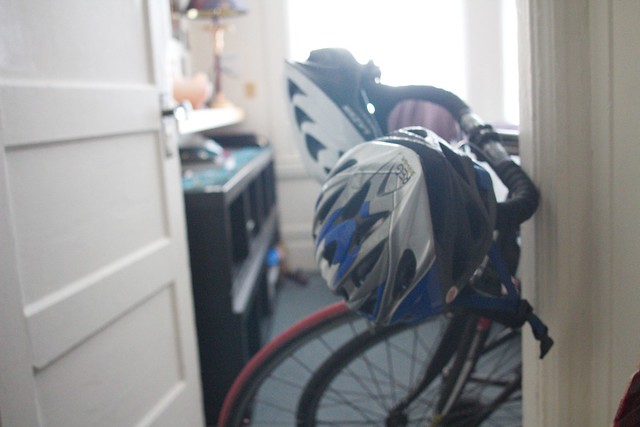 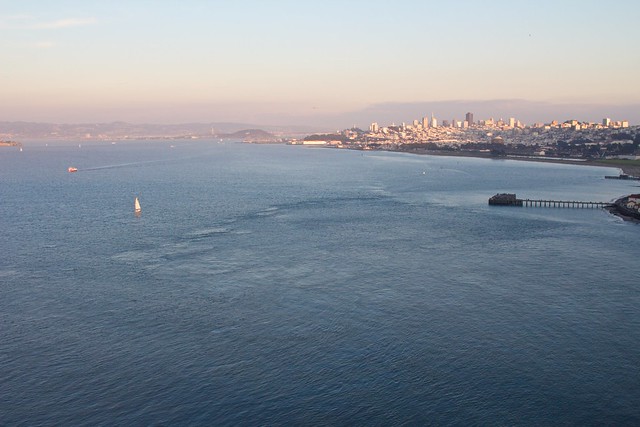 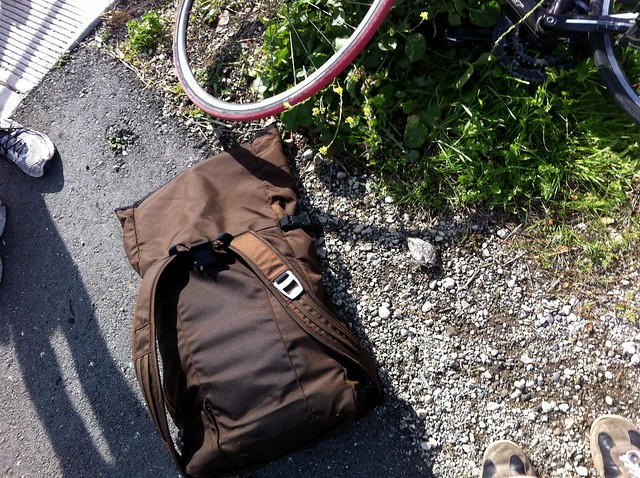 The main accomplishment was biking from San Francisco to Santa Cruz, on Highway One. It’s about 85 miles, and probably more, given the fact that Brian and I get lost pretty often. Luckily we had ridiculous rented road bikes and enough gear to make the trip a bit less painful, but it is no simple feat, especially considering Sharp Park Road, which is shoulderless and unthinkably fast. But, it’s highly recommended. Take it easy, eat a big breakfast (I missed that one), and it’s an awesome journey. 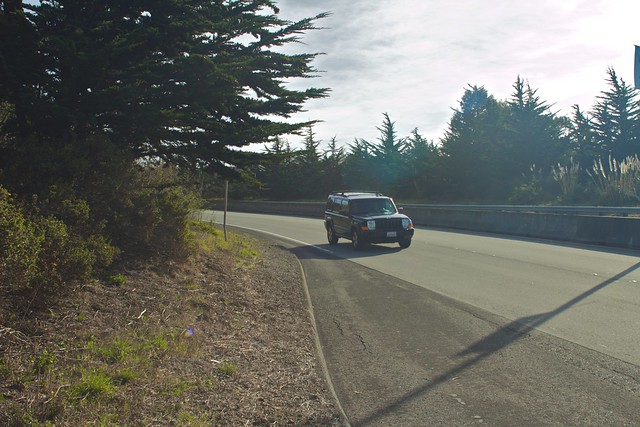 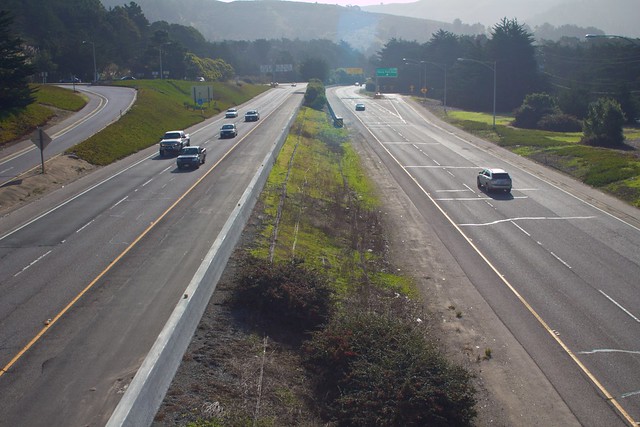 San Francisco is a pretty incredible place - I spent some time at Art Explosion with Tom, who is developing his mixed-media work. It has an excellent roof. I also happened to meet Eric Fischer, whose exhibition There Be Dragons I attended last time I was in town.

Beyond that, hung out at stamen and worked a bit on modestmaps with some wizards of the trade. There’s a lot of stuff cooking there, and it’ll be awesome to apply it to the MapBox stack. Mainly it’ll be interesting to finally get a 1.0.0 of modestmaps and start a true documentation push, and make it clearer that it’s not just some actionscript library.