The Wary Guide to OpenLayers

UPDATE: OpenLayers 3 has been released and it fixes many of these issues and is a great option for new projects. This post is about OpenLayers 2, and not many of its critiques or recommendations apply.

OpenLayers is a very popular Javascript API for web mapping. It’s deployed on the White House, used as the basis for a bunch of other projects. In a past life, I maintained one of those projects, the Drupal module and got a lot of experience using OpenLayers. MapBox launched Hosting with OpenLayers and kept it that way for quite a while before switching to Modest Maps. So I’ve had quite a bit of experience using, debugging, and occasionally patching OpenLayers.

Though I recommend you take a long, hard look at Leaflet, Modest Maps, or polymaps for new projects, there are lots of people who are going to use OpenLayers anyway, for whatever reason (please add reasons to the comments). So here are some collected words of wisdom about common pitfalls with the library. Hopefully this saves new users some time and head-scratching. 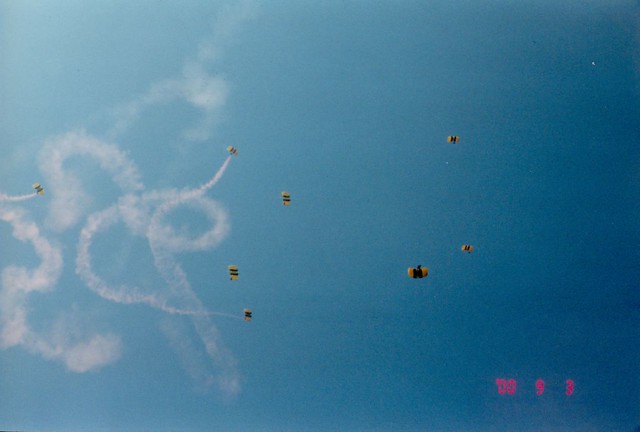 For new users, OpenLayers is a scary, scary place to be. You’ll find many things breaking in unexpected ways for weird reasons. This post is a quick summary of vital understandings to have.

LonLat is not Longitude Latitude (i)

You would think that LonLat is asking for longitude and latitude values: it reads Lon(gitude)Lat(itude), right?

Nope, OpenLayers.LonLat is a dumb container for any sort of coordinates, whether they’re in degrees, meters, feet, or cubits. It doesn’t take on any responsibility for projecting those coordinates into anything usable by your map. If you do want something usable, you’ll need to do something like

There’s another gotcha here, did you notice it? Yep, .transform does changes in-place. It doesn’t return a reprojected pt, it reprojects pt. If you aren’t aware of this, you’ll probably get burned - especially since the API returns the changed point as well.

Much like OpenLayers.LonLat, OpenLayers.Map.displayProjection seems to introduce itself: that’s the projection in which the map will display.

Nope: displayProjection is used in a handful of places. If you add a OpenLayers.Control.MousePosition to the map, or a permalink, it’ll get used there: the permalink will link to something using that projection, and your mouse’s position will show degrees or meters or whatnot. But if you don’t have those controls, it doensn’t matter one bit. The setting could be called ‘textDisplayOfPositions’ or such, and it’d be more accurate.

Your Raster Projections Aren’t Going to Work (i)

I hate to break it to you, but this isn’t going to work. You see, projections are baked into images: the images are skewed and sized, and their tile sizes changed, in order to fit your very specific mapping of earth-places to screen-places. And at this point, there is no javascript API that can reproject images from one to the other.

If in this situation, there are a few options:

Re: the first one. If you’ve got some map in a bizarre projection just because that’s the standard for the unit of company or government you work for, figure out whether you can change that standard. It’s unlikely that Google Maps and co will be supporting boutique projections soon, and having incompatible maps means that many fewer people will be using your data, and you’ll have more limited software options.

Not to say that you should switch entirely to spherical mercator: it’s not the ideal projection for static thematic maps or for local maps of certain places. But not providing tiles in it is unwise: the point of the internet is to combine things, and your odd-projection maps will be orphans otherwise.

When in doubt, put settings on Layers

OpenLayers lets you put lots of settings everywhere. The weirdest place is the Map versus the Layer. This is a simple one: the Map is a fallback for Layers. Put your geographic stuff on Layers. That means extents, projections, resolutions, what-have-you. Don’t repeat yourself and put these settings in two places - that’ll only make things more complicated.

If you’ve got lots and lots of layers in handwritten Javascript and you need to move settings to the map, you’ll have other problems anyway.

maxExtent does not mean what you think it means

No: maxExtent doesn’t keep people from moving the map. You’re looking for restrictedExtent.

maxExtent configures how much of the world is rendered on the map. Actually, it does something more complicated than that, because it’s not thinking about the typical ‘XYZ layer with only a country rendered’ it’s more like ‘renderer thinks that this country is the world and rendered that’. I’ve never been able to get maxExtent to work doing anything but setting it to the maximum Mercator extent.

Ah, imgPath. The best way to use OpenLayers controls is to not use them, but unfortunately a lot of users are deathly scared of writing their own code, even if that just means hooking up zoom in & out buttons.

But, if you must: imgPath. If you don’t provide it, OpenLayers tries to figure it out. So provide it, because the system will guess wrong. One day you’ll be chillin with a great map and your code is like:

Then someone runs YSlow or something and gets the bright idea of combining your javascript resources. So, the urls become

And all of your images break. Moral of the story: specify your imgPath and themePath. And download the images for OpenLayers if you plan on using them.

Too many sites pull from openlayers.org for OpenLayers.js. Don’t do this, unless you’re just putting a page up for testing.

The OpenLayers.org version of OpenLayers.js is a full build - which means that it’s big. It’s 957K un-gzipped and 220K gzipped. For reference, 220K gzipped is around 7 jQueries.

OpenLayers.org is not always online, and when it goes offline, your maps will break. All of them. And depending on how you include the script tag, your site will take a lot longer to load, because it’s trying desperately to get the code.

Plus, if you use the library on the front page, http://openlayers.org/api/OpenLayers.js, you’ll get the latest API version of OpenLayers. Meaning you build your site against 2.11, and when 2.12 is released, your site breaks.

Hopefully this is enough to convince you: download OpenLayers for yourself, and put it on your own server.

It’s not too hard to make OpenLayer’s default controls look nicer: they simply haven’t been updated for years. Development Seed’s OpenLayers Theme is one example - try it, and use the source SVG images to make your own theme.

Note that the OpenLayers theme system falls apart at certain points: popups are one part of the library that are near-impossible to style nicely.

If you’re really looking to level up with OpenLayers, do a custom build: look in the build/ directory, and you’ll find a build.py script you can use to make slimmer builds of the library that only include parts that you use. A dated example of how to do this is openlayers slim, which we used at Development Seed before switching off of OpenLayers to Modest Maps.

If you’re using OpenLayers with MapBox Hosting maps (as I’d recommend you do), try the connector provided by the Wax library. With the magic of TileJSON, it removes a lot of the potential configuration fail in using OpenLayers.